SmartBird is an ultralight but powerful flight model with excellent aerodynamic qualities and extreme agility. With SmartBird, Festo has succeeded in deciphering the flight of birds - one of the oldest dreams of humankind. 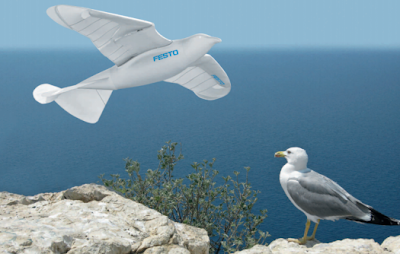 This bionic technology-bearer, which is inspired by the herring gull, can start, fly and land autonomously -- with no additional drive mechanism. Its wings not only beat up and down, but also twist at specific angles. This is made possible by an active articulated torsional drive unit, which in combination with a complex control system attains an unprecedented level of efficiency in flight operation. Festo has thus succeeded for the first time in creating an energy-efficient technical adaptation of this model from nature.
Posted by Andreea Diana Tanasescu at 9:14 PM 0 comments

A true story of heroism

Many thanks to "flyingdoc" Operations Director from Australia for documenting the story of Aurelia Grigore, one of the most inspirational persons in my life. Fortunately she is a member of my family and I had the chance to live her story when I was a kid. After her first accident I knew immediately that I wanna be a flight attendant or a pilot, travel around the world and save people. During communist times in Romania, for a small girl from Transylvania, Aurelia was the Wonderwoman ...
" There are many stories of true heroism amongst cabin crew and I will post some from time to time, but Aurelia Grigore's story stands out as she was the saviour of the passengers of not just one air disaster, but two! 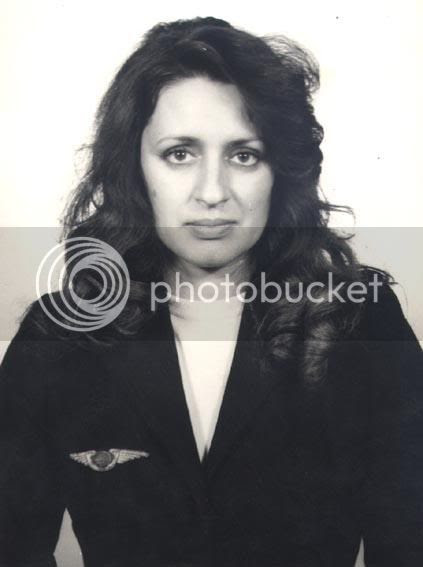 Aurelia (Laura) joined TAROM, the Romanian state airline, in 1975 at the age of 21 and worked as a stewardess there for over 30 years. When she started, selection criteria for the airline required knowledge of geography and at least 2 foreign languages. As Romania was behind the Iron Curtain, candidates were not allowed to have friends or relatives that lived abroad. 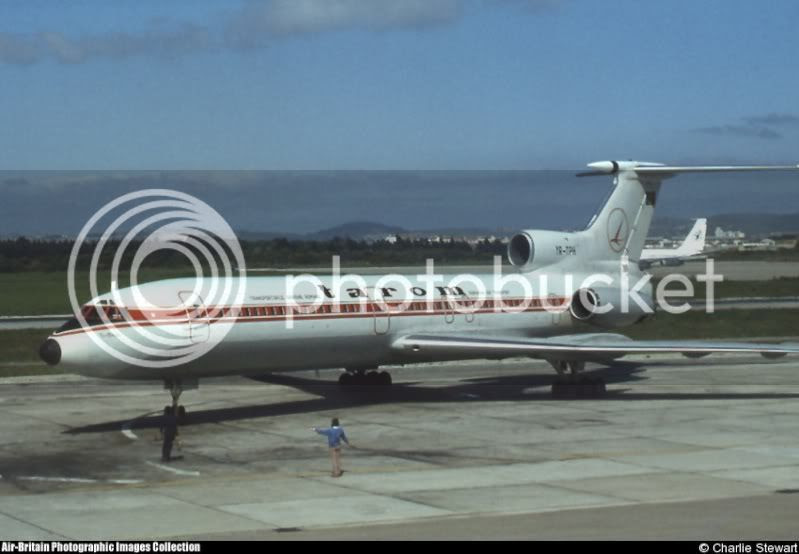 On 7 Aug, 1980 a TAROM Tu-154B carrying 152 passengers and 19 crew crash-landed in the Atlantic Ocean about 300 metres short of the intended runway approaching Mauritania. It was 3 am and in total darkness, with the aircraft running aground on a sandbank and breaking in two. Grigore, then 26 and 2 months pregnant, went forward only to find that the front of the plane was missing and the cockpit had submerged! She and the rest of the crew ordered all the passengers into their life jackets but the overwing lifeboat compartment was jammed and they could not release the boats. 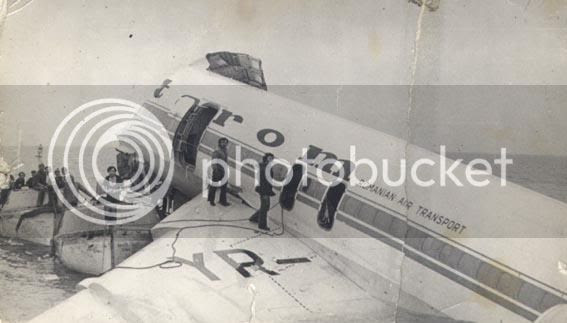 One of the pilots who had all escaped from the sinking nose section then climbed aboard - the #2 engine was still running and fearing that it might explode or that the plane might slide backwards into the depths, they ordered everyone into the water. The passengers and crew from the forward section had some lifeboats and they began swimming for shore. Only a short way from shore, Aurelia found herself being pulled back out to sea by the current but she was able to gain safety by climbing back up on the wing of the crippled plane. There, to her astonishment, she found a fellow hostess with a neck injury, unable to move! (The girl had been dragged there from her seat by other passengers earlier but mistaken as dead and abandoned) She stayed with her and comforted her for 3 hours until they were rescued. Eventually, all 19 crew and 151 passengers survived thanks to the professionalism of the crew. The only fatality was a male passenger who suffered a heart attack during the ordeal! 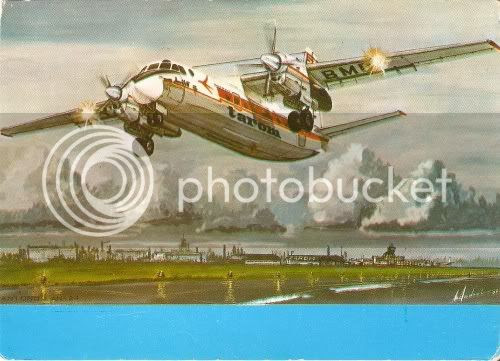 None of this was ever reported by the Communist press. Although severely traumatised, Aurelia knew she had to face her fear or never fly again. She returned to work 2 weeks later!
Only 6 years later in the summer of 1986 she was crewing aboard a TAROM An24RV with a full passenger load of 52 souls when it crashed at Cluj airport. It was a hard landing and the aircraft bounced with the nose gear then collapsing up into the cockpit area which caught on fire. The plane skidded off the runway into a corn field. Quick thinking by Grigore saw her open the forward escape door before the plane had even stopped moving and the 52 passengers were all safely evacuated. Smoke was coming from the cockpit door but it was locked and the cabin crew could not help the pilots. From outside the plane they could see the cockpit engulfed in flames. On of the co-pilots was trying to escape through the windows but his foot was caught and he could not get out. He eventually frred himself and was taken to hospital but died shortly later of terrible burns. The other 2 pilots perished, burned alive in front of the eyes of their colleagues.
Aurelia Grigore retired in 2004 after over 30 years service. Her incredible story remains largely unknown. To this day she believes it was God's will that saw her washed back out to the stranded Tupolev to save her friend. No doubt she was the saviour of many others in those 2 terrible accidents."
Posted by Andreea Diana Tanasescu at 5:31 PM 2 comments