The Missing Link : What if "The Road" continues with "Cave of Forgotten Dreams."

Three weeks ago I saw The Road, a movie that pushed me to the edge of my emotional state of being. That's because prior to watch this movie I've had so many conversations with my friends about how we should react in case of disaster, when your ultimate goal in life is to survive...years, months, days, seconds .

The Road shares the premise of the novel on which it is based: a father (Mortensen) and his young son (Smit-McPhee) struggle to survive a number of years after an unspecified, devastating cataclysm has destroyed civilization, killed all plant and animal life, and obscured the sun; only remnants of mankind remain alive, reduced to scavenging or cannibalism. Man and boy are traveling southward, in the hope that it will be warmer. Along the way, they search for shelter, food, and fuel, and avoid bands of cannibals while trying to maintain their own sense of humanity. The man carries a revolver, but has only two bullets which he wants to keep in case they need to commit suicide. Flashback and dream sequences spaced throughout the narrative show how the man's wife, who has a much more expanded role in the film than in the book, committed suicide after delivering the child and losing the will to go on in a seemingly doomed world.

Events occur along the way that add additional stresses to the man and his son. After shooting a member of a cannibal gang, the man is left with only one round in his gun. Later, the pair enter a large house, and discover it to be inhabited by cannibals who are keeping live victims in the basement and farming their limbs; believing they will be caught, the man prepares to shoot his son, to spare him the torments, but the cannibals are distracted and they escape. Further down the road they find a house with an underground shelter full of canned food, which they feast on, but the man is too nervous to stay in one spot for long. They later encounter an old, dying man (Duvall), and the son encourages his initially reluctant father to converse with the man and feed him. Arriving at the coast, they are robbed; they catch the thief and the man forces him to strip, leaving him naked by the road. As they pass through a ruined town, the man is shot with an arrow and he kills his attacker.

The father suffers from persistent coughing during the film eventually coughing up blood. After they reach the coast his condition deteriorates and he realizes he is likely to die soon. On his death bed he again emphasizes to his son the values of self-preservation and humanity. After the father dies, the son is approached by another family—a father (Pearce), mother, two children and a dog—who, it is revealed, have been following the man and his son for some time out of concern for the boy. The Boy agrees to join them.

How this film should continue ? How the modern mankind would survive ?

Today ROGER EBERT has posted a new blog entry about Werner Herzog's latest film "Cave of Forgotten Dreams " and suddenly I had a revelation ...

"About 32,000 years ago, in a limestone cave above the Ardèche River in Southern France, humans created the oldest cave paintings known to exist. They spring from the walls with boldness and confidence, as if the artists were already sure what they wanted to paint and how to paint it. Perhaps 25,000 years ago, a child visited the cave and left a footprint, the oldest human footprint that can be accurately dated. " 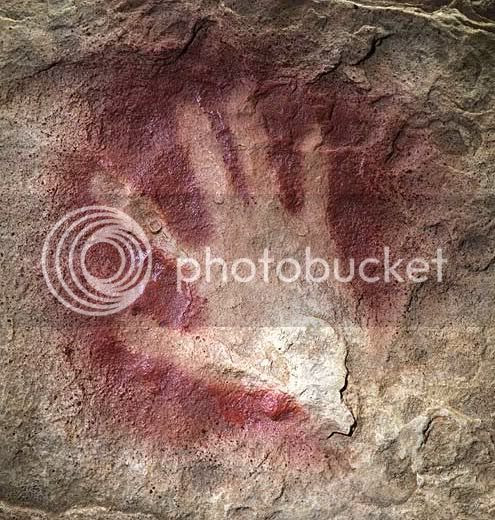 What if the beginning of the world as we know it was in fact just another epic tale of survival, love and sacrifice ? What if The Boy was The Child of The Cave ?

This vison of the last scene from The Road and Ebert's first words about " Cave of Forgotten Dreams " is now for me a missing link of my primordial cinematographic memory.

" In times of utter devastation, memories are what we cling to." Roger Ebert , The Road 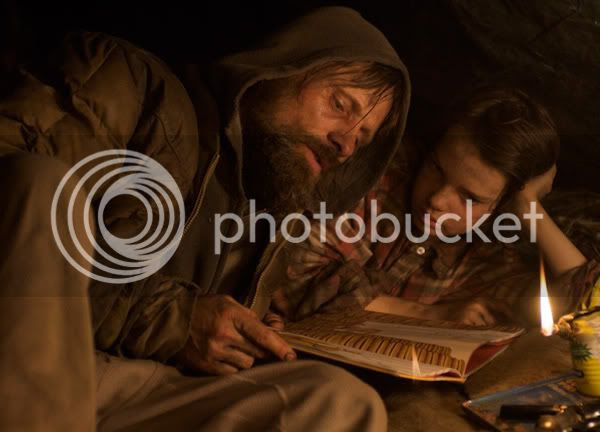