In Loving Memory of Andy Irons

Wikipedia:
Philip Andrew Irons (July 24,1978 – November 2, 2010) was a professional surfer. Irons learned to surf on the dangerous and shallow reefs of the North Shore in Kauai, Hawaii. Over the course of his professional career, he won three world titles (2002, 2003, 2004), three Quiksilver Pro France titles (2003, 2004, 2005), two Rip Curl Pro Search titles (2006 and 2007) and 20 elite tour victories including the Vans Triple Crown of Surfing four times from 2002-2006. On September 3, 2010 he won the Billabong Pro in Tahiti.
He and his family hosted the Annual Irons Brothers Pinetrees Classic, a contest for youngsters. The governor of Hawaii declared February 13 forever 'Andy Irons Day'.
His younger brother, Bruce Irons, is a former competitor on the World Championship Tour of Surfing (WCT). During his childhood Andy regularly lost to Bruce in contests, but that changed once he entered the World Championship Tour.
Billabong produced an "Andy Irons" line of board shorts.
Irons married Lyndie Dupuis on November 25, 2007 in Princeville, Kauai. She was seven months pregnant with their first child at the time of his death.
He was inducted into the Surfing Walk of Fame in Huntington Beach, California in 2008.[3]
He is the only surfer to have won a title at every venue on the ASP calendar. 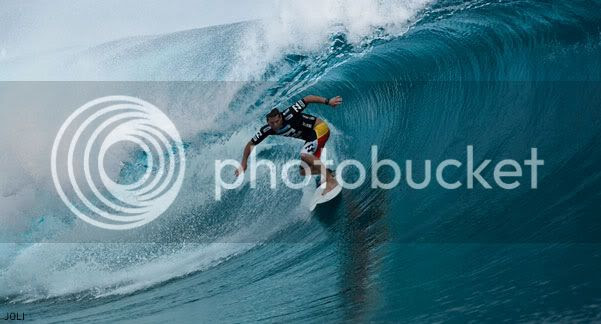 The 2004 movie Blue Horizon (directed by surfing filmmaker Jack McCoy), paralleled his life on the WCT tour with that of free surfer, David Rastovich. The film also touched on his long-time rivalry with ten-time world champion Kelly Slater. Although the film was created in a documentary-like style, there has been some debate over whether or not the film offered an accurate and fair portrayal of Irons' surfing lifestyle. In addition to "Blue Horizon", Irons was also a subject of many other surf films, including his last screen appearance in Trilogy, which starred himself, Joel Parkinson, and Taj Burrow.

Surfing king Kelly Slater found the perfect way to highlight his incredible career and then dedicated it to rival and friend Andy Irons who died last week. Slater marked his unprecedented 10th world title victory with a 10 out 10 wave score to also win the Rip Curl Pro Search event in Puerto Rico on Saturday.

The ASP World Tour paid its respect to Andy Irons with a massive memorial paddle-out in Puerto Rico on Wednesday, 3 November 2010.