Quote of the day

“When motion pictures were first invented there were a lot of critics saying that it is a novelty act and it would never amount to anything nor will be able to make any real money once the novelty wears off – last time i checked Avatar has grossed 2.7 billion dollars world wide. Most recent example is MTV and Internet but then you know those stories well enough. Virtual Universe is the next logical step in world entertainment and although there are a lot of critics and people shaking heads it is here to stay and take its ranks among the greats.”

Yan Panasjuk, the man who paid a record $335,000 for virtual property 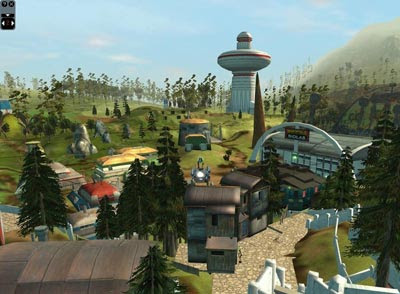 How to train a perfect 10 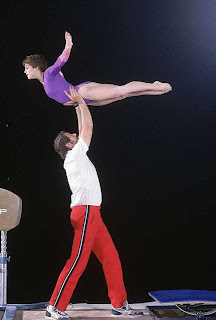 Working on something I've discovered this amazing video from 1984 Olympic Games. It shows the battle for the Olympic gymnastics title between Ecaterina Szabo and Mary Lou Retton. As you will see it is not about physical and technical abilities, it about mind and heart strength. And the hero of this moment is Béla Károlyi, the unbelievable gymnastics coach who changed the face of this sport starting with Nadia Comaneci and her perfect 10.


And the first perfect 10

More about his story in this 1986 documentary.

Two films about the other side of art

The Art of the Steal

The Art of the Steal is a 2009 documentary film about efforts to break Albert C. Barnes's will and relocate the Barnes art collection from its longtime home in Lower Merion Township, Pennsylvania to Philadelphia.[1] The collection of late-19th- and early-20th-century art includes 181 Renoirs, 69 Cézannes, 60 Matisses 44 Picassos and 14 Modiglianis. The 9,000 piece collection is valued at over $25 billion.[2]

In his three-and-a-half star review of the film, Roger Ebert of the Chicago Sun-Times wrote, "It is perfectly clear exactly what Barnes specified in his will. It was drawn up by the best legal minds. It is clear that what happened to his collection was against his wishes. It is clear that the city fathers acted in obviation of those wishes, and were upheld in a court of appeals. What is finally clear: It doesn't matter a damn what your will says if you have $25 billion, and politicians and the establishment want it."

In response to the film's release, Bernard C. Watson, chairman of the Barnes Foundation board of trustees and one of the figures targeted in the film, published an editorial letter in the Philadelphia Inquirer claiming the film "lacks objectivity and perspective."

As of June 2010, the review aggregator website Rotten Tomatoes reported that 85% of critics gave the film positive reviews, based on 52 reviews with an average score of 7.2/10. The site's consensus of reviews was:
"Deeply esoteric and unapologetically one-sided, The Art of the Steal proves a documentary doesn't have to make an objective argument as long as it argues well.."
However, according to the film, many of the so called "guilty parties," e.g. Rebecca Rimel (CEO of the Pew Charitable Trust, the group which purportedly benefited financially from the Barnes' move), Raymond G. Perelman (a powerful local billionaire alleged with orchestrating the move), and Bernie Watson (the president of the Barnes foundation who allegedly handed control of the museum to the Philadelphia authorities), declined to be interviewed for the documentary.


Exit Through the Gift Shop

Exit Through the Gift Shop: A Banksy Film is a film which tells the story of Thierry Guetta, a French immigrant in Los Angeles, and his obsession with street art. It is presented as a documentary, but reviewers have questioned its factuality. The film charts Guetta's constant documenting of his every moment on film, to his chance contact with his cousin, the artist Invader, and his documenting of a host of street artists with focus on Shepard Fairey, and also Banksy though the latter's face is never shown, and his voice is distorted to preserve his anonymity. The film premiered at the Sundance Film Festival on 24 January 2010. It is narrated by Rhys Ifans. Music is by Geoff Barrow. It includes Richard Hawley's "Tonight The Streets Are Ours." It has been nominated on the longlist for the Best Documentary Feature Oscar for the 27 February 2011 Oscars.

The documentary received overwhelmingly positive reviews, holding 97% on Rotten Tomatoes.One consistent theme in the reviews was the authenticity of the film: Was the film just an elaborate ruse on Banksy's part, or did Guetta really evolve into Mr. Brainwash overnight? The Boston Globe movie reviewer Ty Burr found it to be quite entertaining as a farce and awarded it four stars. He dismissed the notion of the film being a "put on" saying "I’m not buying it; for one thing, this story’s too good, too weirdly rich, to be made up. For another, the movie’s gently amused scorn lands on everyone." Roger Ebert gave it 3.5 stars out of 4, starting his review saying that "The widespread speculation that “Exit Through the Gift Shop” is a hoax only adds to its fascination." The New York Times movie reviewer, Jeannette Catsoulis, wrote that the film could be a new subgenre, a "prankumentary".

TIME OF MY LIFE