Single is available at:
http://www.junodownload.com/products/1495491-2.htm
Posted by Andreea Diana Tanasescu at 1:01 PM 0 comments


How do you like this story ?
Posted by Andreea Diana Tanasescu at 12:53 PM 0 comments

Email ThisBlogThis!Share to TwitterShare to FacebookShare to Pinterest
Labels: 101010, one day on earth

‎When I know your soul, I will paint your eyes.

I've been at Sotheby's yesterday. Finnaly I met Modigliani and Jeanne.
It is hard to describe in words the emotion of such an encounter. They were all together - Picasso, Renoir, Monet, Matisse ...but Modigliani was the emblematic artist of this exhibition . 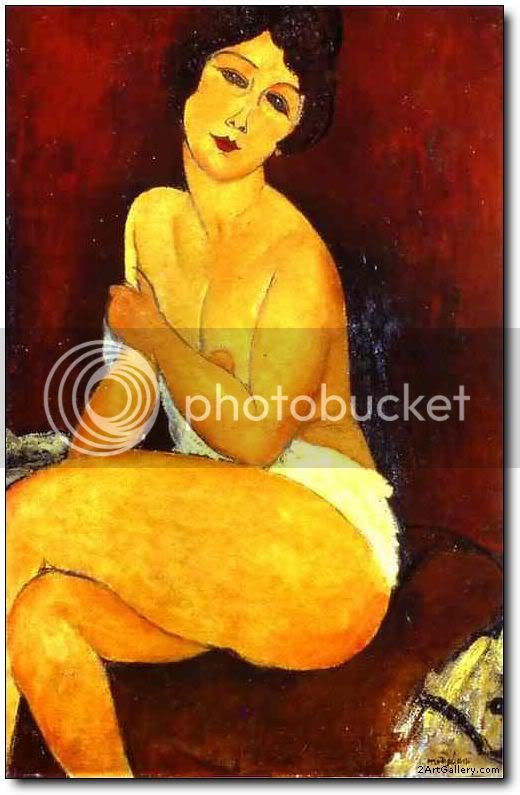 "The cover lot of the Evening Sale catalogue is Nu assis sur un divan (La Belle Romaine), the finest painting by Amedeo Modigliani to appear on the market in years (est. in excess of $40 million)*. The work belongs to the artist’s most important series of nudes, all painted in 1917. While Modigliani began painting nudes in 1908, it was not until he abandoned his pursuit of sculpture in 1914 that he developed the unique style exemplified by La Belle Romaine. Modigliani evokes a voluptuous sensuality through his palette of amber and crimson tones, the model’s pose and the intimate setting. The work and artist both have a distinguished history at Sotheby’s. La Belle Romaine last appeared on the market in 1999, when it sold at Sotheby’s New York for $16.8 million, a world record price for any work by Modigliani at the time. More recently, Sotheby’s set the current record for a painting by Modigliani in 2004 with our sale of Jeanne Hébuterne (devant une porte) for $31.4 million."
ArtDaily

First I was confused. Most of the newsapers announced that the two paintings of Modigliani were exposed by Sotheby and Christie's in the same time.
After a visit at Christie's (my first one), I was a bit sad thinking that probably I will not see the painting of Jeanne - Jeanne Hébuterne au chapeau.

Then the surprize was sublime. Both paintings were at Sotheby's.
I stood speechless in front of Jeanne's picture... You can read her story in her eyes, although this is such an unusual characterstic of Modigliani's portaits. He often left the eyes of his portrait subjects blank. No windows for the souls.

‎'When I know your soul, I will paint your eyes.' Modigliani 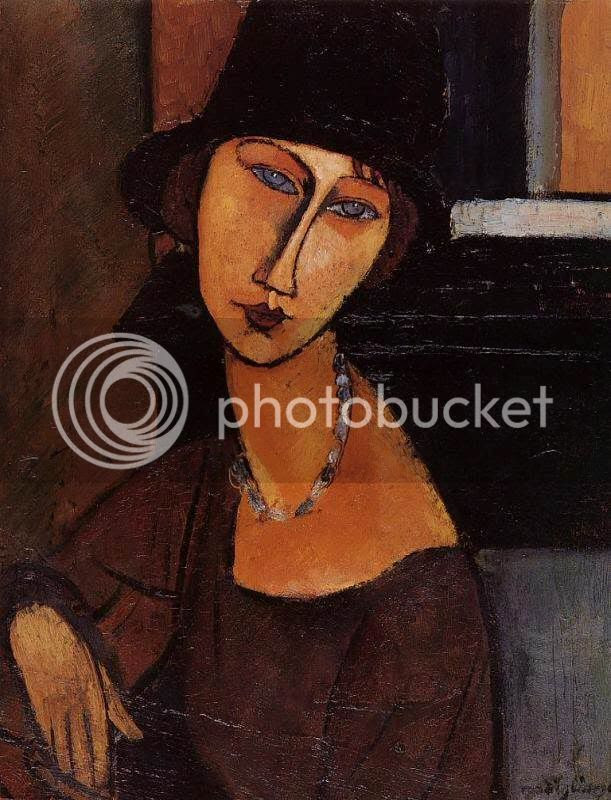 If you are in London until October 15th and if you love art , don't miss Modigliani
and Sotheby's London Hilights of Impressionist & Modern Art Evening Sale in New York – 2 November 2010. Sotheby's London can be found in the heart of the West End on 34 New Bond Street, close to the corner with Conduit Street.

One last notice: Sotheby's moved into the galleries at 34-35 New Bond Street in 1917, exactly in the year when Modigliani painted Jeanne's portrait.

Posted by Andreea Diana Tanasescu at 4:29 AM 0 comments