In 1977, Charles and Ray Eames made a nine-minute film called Powers of Ten that still has the capacity to expand the way we think and view our world. Over ten million people have seen the film, and it continues to be shown in classrooms, business meetings, festivals and retreats around the world. Starting with a sleeping man at a picnic, the film takes the viewer on a journey out to the edge of space and then back into a carbon atom in the hand of the man at the picnic, all in a single shot. It is an unforgettable experience.

Making life decisions with the power of ten

During the split second when you hit the snooze button in the morning, a couple of competing thoughts may flit through your mind: first, it would be a good idea to get up now and push on with the day; second, to hell with it, I'm going to sleep for a few more minutes.

Buried in that larger decision are all kinds of micro-decisions that dictate the kind of person you are.

Are you the sort who can haul yourself off for a run each morning? Or someone who has been putting off a fitness routine for years?

Are you the kind who biffs out a novel for a couple of hours each morning, or one who just talks and hopes that eventually the time will magically open up to pursue a creative endeavour? Do you accept that extra glass of wine so as to enjoy the moment, or refuse it because it will impair your mind tomorrow morning?

The extent to which an individual moderates short-term pleasures in favour of long-term health and prosperity is the subject of a new book by Suzy Welch, a business writer married to Jack Welch, former chief executive of General Electric.

The title of her book, 10-10-10, refers to the framework by which Welch suggests we make decisions.

As you decide, consider what the consequences will be in 10 minutes, 10 months and 10 years. Hitting the snooze button and skipping the run may be good for the next 10 minutes, but not in 10 years as your health declines.

Spending time with your children may come second to work for now but how will you feel in 10 years' time? Might you want that time back?
Read more : http://www.thisislondon.co.uk/lifestyle/article-23688586-making-life-decisions-with-the-power-of-ten.do

From Making life decisions with the power of ten by Philip Delves Broughton
http://www.thisislondon.co.uk/ May 2009 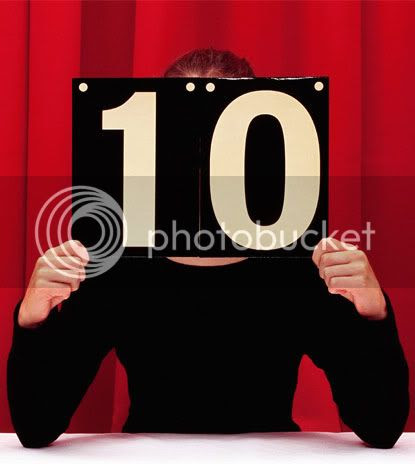 Posted by Andreea Diana Tanasescu at 11:06 AM 0 comments