Dylan: You gunna hear it?

Dylan: Okay your hear it, see it, and it’s gunna happen fast and your not gunna get it all, and you might even hear the wrong words. You know? And then afterwards.. See I’m.. I wont be able to talk to you afterwards, ive got nothing to say about these things I write, I mean I just write them, I’m not gunna say anything about them, I don’t write them for any reason, there’s no great message. If you wanna tell people that go ahead and tell them, but I’m not gunna have to answer to it. And there just gunna think “well what is this time magazine telling us.” But you couldn’t careless about that either, you don’t know the people that read you.

Dylan: You know the audience that subscribe to TIME Magazine, the audience of people that want to know what’s happening in the world week by week, the people that work during the day and can read it, its small, alright and it’s concise and there’s pictures in it, you know? It’s a certain class of people, its a class of people that take the magazine seriously, I mean sure I can read it, you know, I read it , I get it on the airplanes but I don’t take it seriously. If I want to find out anything, I’m not gunna read TIME magazine, I’m not gunna read Newsweek, I’m not gunna read any of these magazines, I mean cause they just got to much to lose by printing the truth. You know that.

TM: What kind of truths are they leaving out -

Dylan: Well anything, even on a worldwide basis, they’d just go off the stands in a day if they printed really the truth.

TM: What is really the truth?

Dylan: Really the truth is just a plain picture. A plain picture of, of, lets say a tramp vomitting man into the sewer you know? And then and uh, next door to the picture you know, is Mr. Rockerfeller or you know, Mr. C.W. Jones on a subway going to work, uh you know, any kind of picture. Just make some collagae of pictures which they don’t do, theres no ideas in TIME Magazine, theres just these facts, which too are serious, even the article on which your doing the way its gunna come out, but you see It cant be a good article because the guy that’s writing the article is sitting at a desk in New York, and he’s not even going out of his office, he’s just gunna get these 15 reporters and there gunna send him a quota.

Dylan: He’s gunna put himself out, he’s gunna put all his readers on and you know in another week, we’ll be some space in the magazine, but that’s all, it means nothing to anybody else, I’m not putting that down because people have to eat and live, you know?, but i mean at least be honest about it. I mean sure..

Dylan: I know more about what you do and you don’t even have to ask me how or why or anything uh, just by looking, you know? Then you’ll ever know about me. Ever. I mean I could tell you, I could tell you, I’m not a folk singer and explain to you why but you wouldn’t really understand, all you could do, you could nod your head, you would nod your head.

TM: You could be willing to try.

Dylan: No, I couldn’t even be willing to try because, there’s certain things which, every word has its little letter and big letter -

TM: Your friend had the right word, pigeonhole.

TM: So your saying that you know more about what I do -

Dylan: No I’m saying that your gunna die and your gunna go off the earth, your gunna be dead. It could be in 20 years it could be tomorrow, anytime, so am I, I mean it’s gunna be gone. The world is gunna go on without us.

Dylan: Alright, now you do your job in the face of that and how seriously you take yourself , you decide for yourself. Okay? And I’ll decide for myself and your not gunna make me feel unhappy by anything you print about me or anything you know? Or anything like that. It couldn’t offend me and im sure you know, I couldn’t offend you. So all I can hope for you to do, is you know all of your ideas in your own head, somehow where ever they are.

TM: Do you care about what you sing?

Dylan: How can I answer that if you got the nerve to ask me? I mean you got a lot of nerve asking me a question like that, do you ask The Beatles that?

TM: I have to ask you that because you have the nerve to question weather I care.

Dylan: Im not questioning you because I don’t expect any answers from you. Do you think someone wouldn’t go see somebody if they didn’t want entertainment?

TM: Of course not.

Dylan: Who wants to go get whipped? You know. And if you do wanna go get whipped, arn’t you really being entertained? Right. So do you think anyone that comes to see me, is coming for any other reason besides entertainment, really?

TM: I could tell you people with a couple other reasons..

TM: Well, they think they know why there doing it.

Dylan: Do you know why there doing it? People say all kinds of things, and you have to sort of weed it out, you know, can you weed it out? Well, see your not gunna learn, I can’t teach you how to weed it out. Yeah well you know I have no idea. First of all im not even a pop-singer. 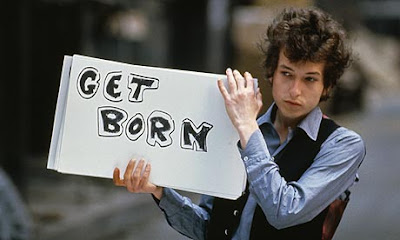