Someone may know the BEGINNING :)

Cosmologist João Magueijo has tried to make sense of the universe for the past 20 years. For his efforts he has been called an anarchist, a heretic, a radical and even a moron.

In JOÃO MAGUEIJO’S BIG BANG the controversial theoretical physicist explains the Big Bang theory, the Horizon Problem and his controversial idea that the speed of light is variable.

But, if he's right, he'll undermine hundreds of years of ideas and research including Einstein’s iconic E=mc2. 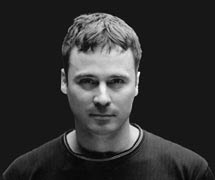