I love this little boy. He is my hero today. Charlie Simpson, THANK YOU ! 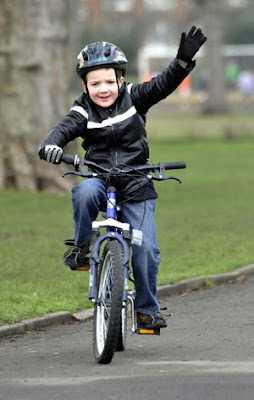 A young British schoolboy has raised nearly 100,000 pounds ($160,000) for Haiti's relief effort. Seven-year-old Charlie Simpson was so upset by the devastating images of Haiti's deadly earthquake that he asked his mother if she could help him set up a sponsored bicycle ride around his local park in west London. Charlie originally hoped to raise 500 pounds ($800) for UNICEF's Haiti appeal with Sunday's 5-mile bike ride but his Internet page was flooded with donations. (THE ASSOCIATED PRESS/ Tim Ireland/PA Wire)

More about his story at http://www.dailymail.co.uk/news/article-1245717/Haiti-earthquake-British-schoolboy-7-raises-50-000-just-day.html
Posted by Andreea Diana Tanasescu at 2:00 PM 0 comments

Irina Lazareanu - a beauty of the decade

Thanks to Diane Pernet, I discovered today Irina Lazareanu. She was born on June 8th, 1982 in Romania. Acording with Wikipedia at age 5 Lazareanu emigrated to Canada from Romania, settling into the Montreal suburb of Saint-Hubert, Quebec with her Romanian parents. At the age of 13 she moved to London to study ballet until she was derailed by a broken knee.

At age 17 Lazareanu attended an open call and signed with Giovanni modelling agency in Montreal with the hopes that it would help pay rent. From then on she did the usual rounds of London and Paris, occasionally appearing in Barcelona, Australia and Madrid fashion weeks. It wasn't until she was chosen by acquaintance Kate Moss to model for the December/January issue of Vogue: Paris, which she guest edited that Lazareanu received notice by fashionistas. Lazareanu has since become an increasingly popular fashion model, breaking the record for most runway work in one season.

She has modeled for many top designers, including Chanel, Balenciaga, Alexander McQueen, Anna Sui, Lanvin, Versace, and many more. She is affiliated with the modeling agencies Marilyn (New York and Paris), Why Not Models (Milan), Select Model Management (London), and Giovanni (Montreal). In March 2007, Lazareanu was chosen by Kate Moss as the model for her new Topshop clothing range.

Vogue Paris has unveiled their list of who they believe are the top 30 models of the decade. Irina Lazareanu is one of the women that did more than stun us throughout the 2000’s.


She remainds me of a silent cinema star. She is a Lilian Gish of fashion. 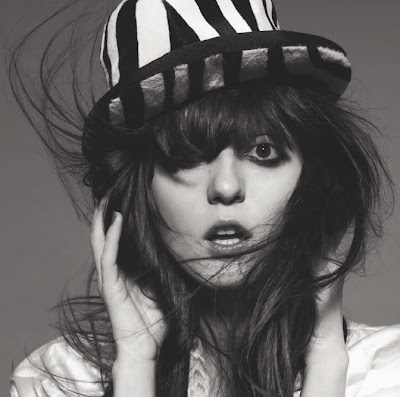 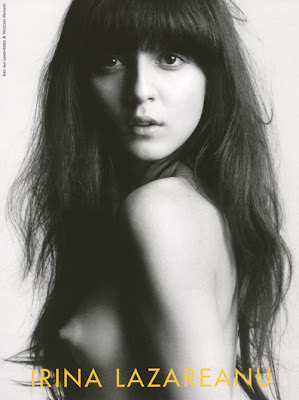 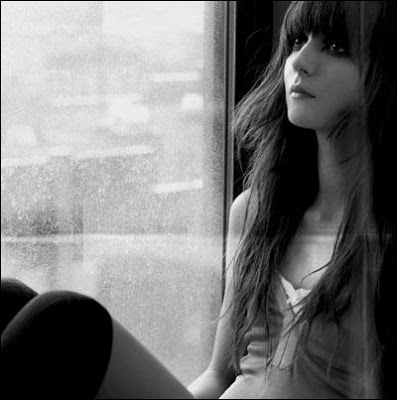 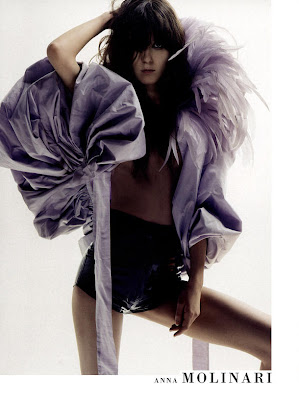