Floating Observatories is an Innovative New Tower for Taiwan with Zeppelin-like Elevators
It looks like something designed for the set of a Star Wars film or science fiction video game. Daily Mail

Reblogged from http://www.evolo.us/
The Floating Observatories proposal by Romanian team Dorin Stefan’s DSBA, Mihai Carciun, and upgrade.studio wins the Taiwan Tower Conceptual International Competition
“Starting from the ‘geographical’ visual of Taiwan ‐ which is an island resembling a leaf ‐ we have developed the concept of the technological tree: we have designed 8 spatial leaves (with eight being a propitious number in the local culture) in the form of zeppelin‐like elevators which glide up and down the ‘tree trunk” and which serve the purpose of observation decks / belvedere. I have called these elevators floating observatories because each has a nacelle which can take 50 to 80 people; they are self‐sustained by helium balloons and are built from lightweight materials (borrowed from the spacecraft industry) and are wrapped in a last‐generation type of membrane (PTFE) and they glide vertically on a track positioned vertically in a strong electro‐magnetic field” ‐ Dorin STEFAN, Principal, DSBA
The tower layers underground and ground level spaces as well as in its vertical reach, the functions required by the conceptual theme: information center, museum, office and conference space, restaurants, fixed observation desks. Apart from the fact that we aim to design a tower whose silhouetted out of line echoes the local symbolism and has great impact in terms of visual identity, our solution is at the same time a model of green architecture: minimum footprint at land level; maximum green area surface; all circulations are vertically integrated (main and secondary functions for both services and tourists). The “chimney” effect is used for the natural ventilation of various functional areas. The office and services areas in the tower have a 360° orientation, which offers the possibility to minimize the green‐house effect through the use of cross‐ventilation. The electrical energy is produced by: a system of axial turbines located along the vertical central core, an adjustable photovoltaic panels on the whole height of the tower. The lighting of the basement areas and of the museum spaces under the sandwich slab (structure‐plants earth‐pedestrian traffic) is done through a fiber optics dome system. Heating of the floating observatories are done through an electromagnetic field using the electrical power created by the new generation membrane which wraps the helium tanks and captures through photovoltaic transmission. The rain water is collected from all platforms into a tank situated in the basement.
“Even though the floating observatories design was influenced by the sci‐fi computer gaming culture they are feasible and play a major role for the pathway of the tower’s museum by adding a new vertical dimension. Seen from above, the city itself becomes the key exhibit for the Museum of Taichung City Development. Seen from inside the museum, when they are nested, the floating observatories become themselves exhibits, fascinating proof of the present technological achievements.”‐ Bogdan Chipara, DSBA Architect 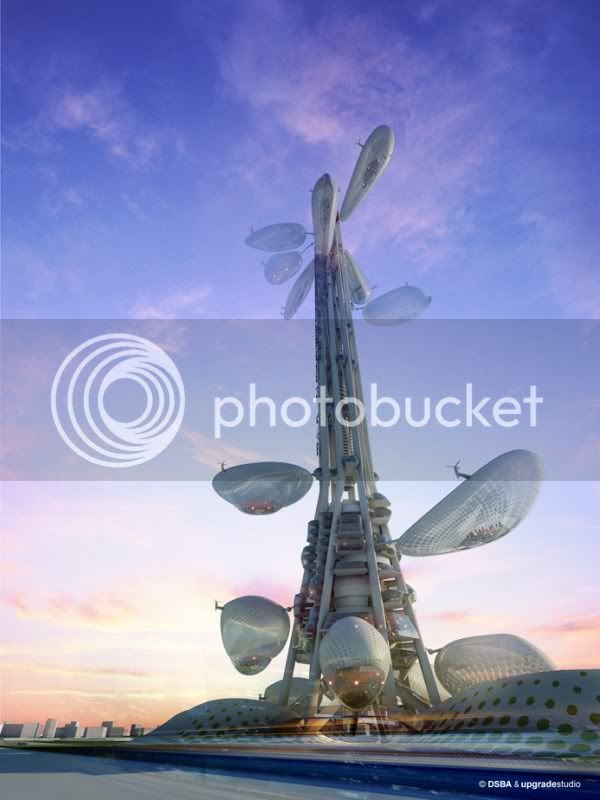 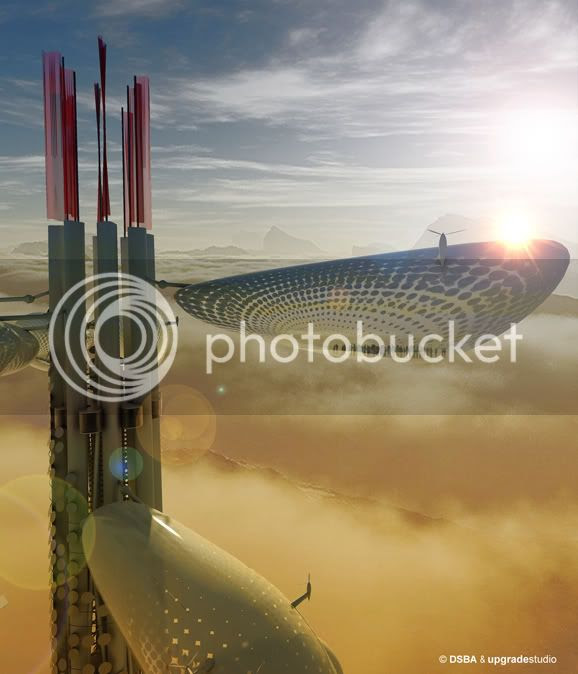 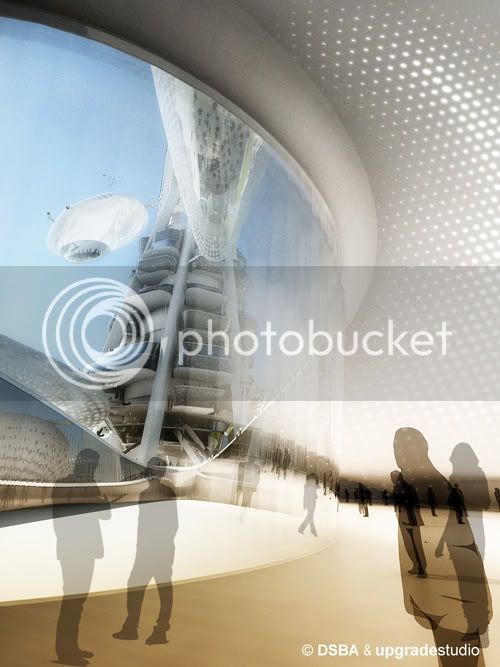 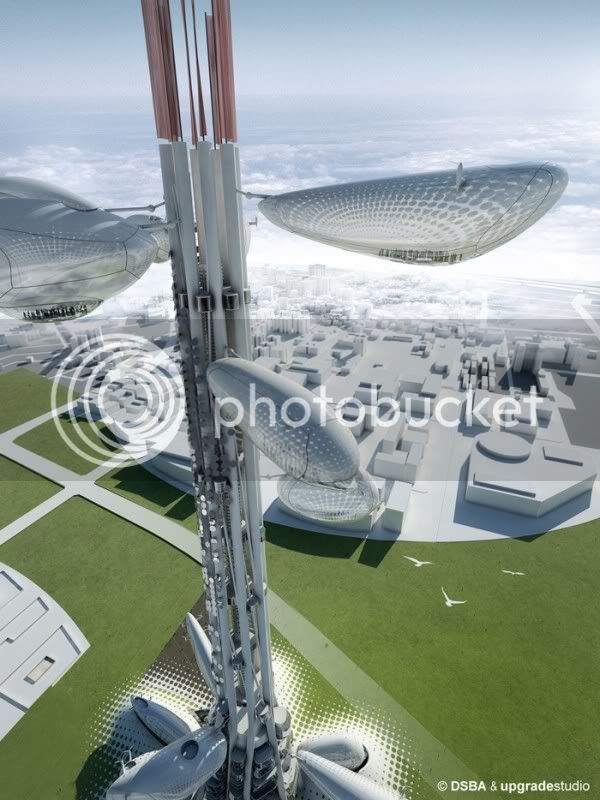 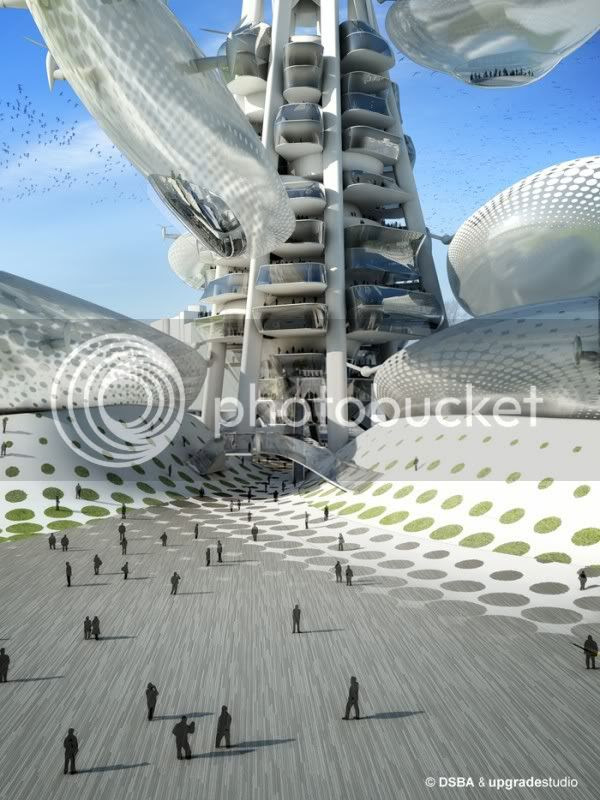 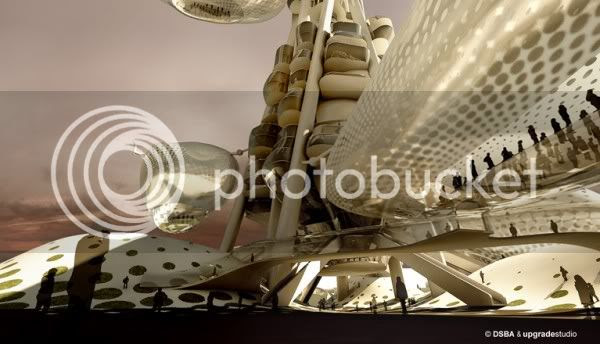 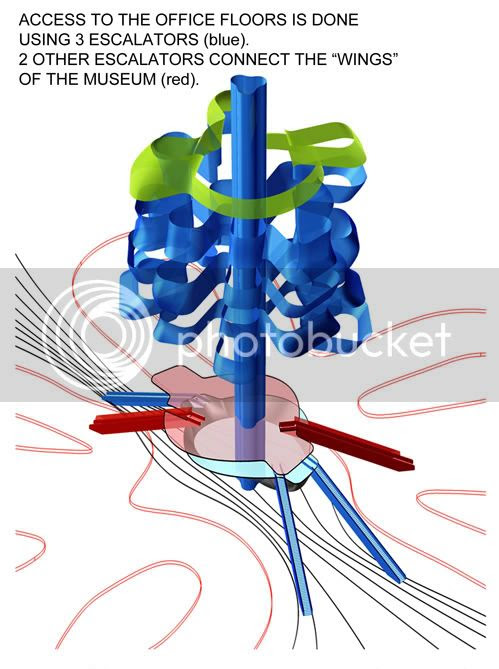 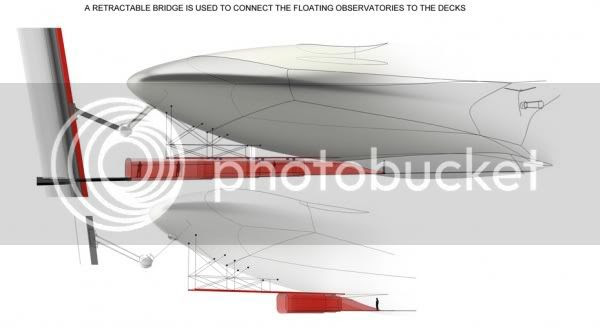 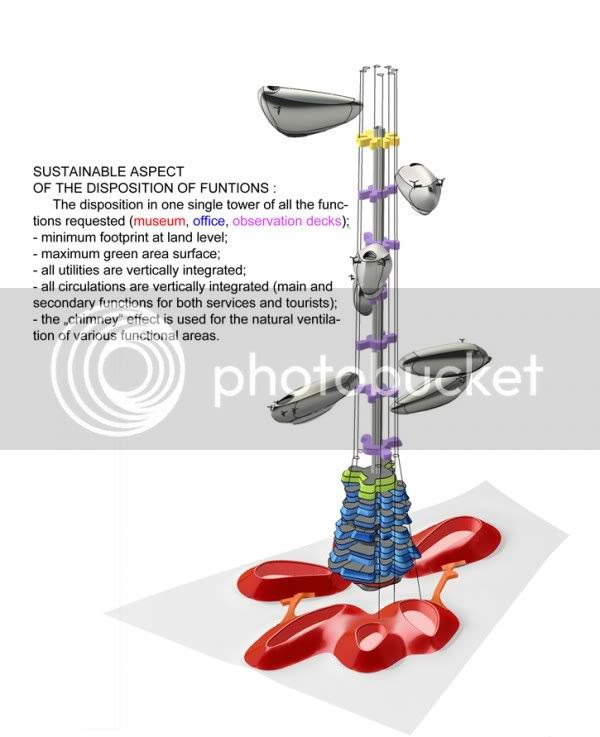 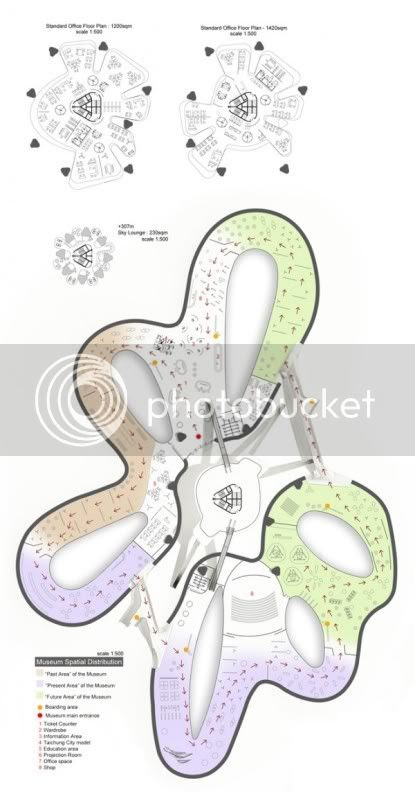 Posted by Andreea Diana Tanasescu at 8:28 AM 0 comments